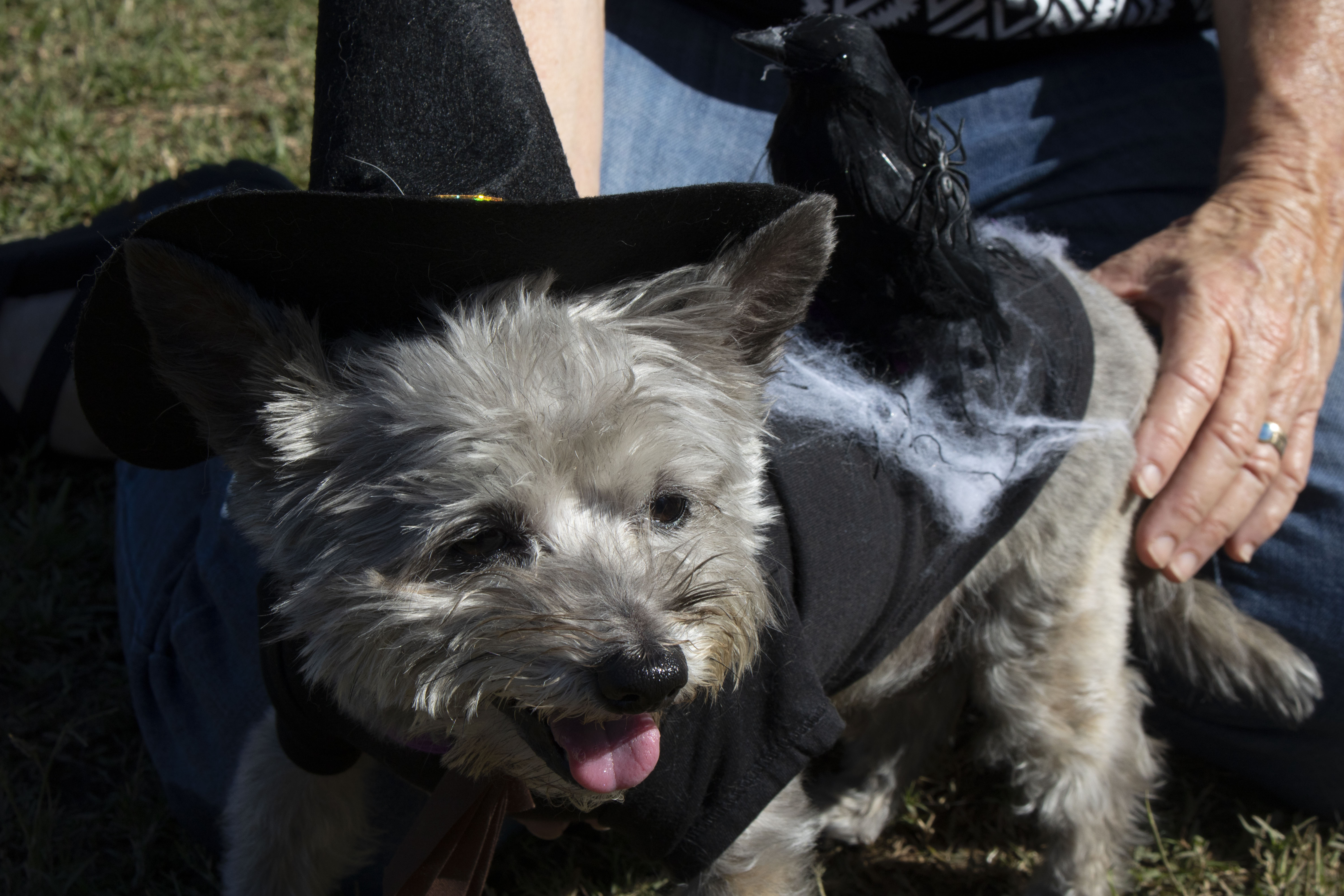 The November air is crisp, and an older woman is struggling to hold her purse while three pugs on leashes are all running in opposite directions. She keeps dropping her bag, or one of the leashes, and the dogs are jumping up to greet each child passing by.

The November air is crisp, and an older woman is struggling to hold her purse while three pugs on leashes are all running in opposite directions. She keeps dropping her bag, or one of the leashes, and the dogs are jumping up to greet each child passing by.

She’s taking her pugs to a meet-up group, where they can play with other dogs of the same breed. But pugs aren’t the only ones who can make friends with dogs that look like they do. Whether it’s Corgis, Pit Bulls, Chihuahuas, Golden Retrievers, or any other dog breed a person can think of, there is most likely going to be a meet-up group that owners can join.

Many of these groups can be found on Meetup.com, which is where date and times are posted, as well as the location. Some groups are public to everyone, and others require a person to request to join. Each group page includes a brief summary describing the members and what they do at each meet-up.

“I knew I had to do something, so I just was led to Pug Rescue,” Barbra McNair, the President of Pug Rescue said. “And I got into, and the rest is history. I will never be out of it.”

The Pug Rescue also hosts events on Meetup.com, allowing other people to bring their own pugs to events while they fundraise to help other homeless dogs.

From Halloween costume parties, to singing Christmas carols, with various fundraisers year round, these owners are passionate not only about their own dogs, but all others. Most of these meet-up groups help people find adoption agencies, and work with Humane Societies to help dogs in shelters.

Many of the monthly events for these organizations have donation boxes for dogs that need homes, and people are able to sign up to become foster families for homeless dogs. While dogs are not available for adoption at the meet-ups, it is easy to get information about the process.

The majority of those involved want to do what they can to help dogs of all ages and health concerns. Suzi Schutzman, the VP of Adoptions and Medical for the Pug Rescue has adopted a number of disabled dogs herself over the years. She also puts in a large amount of work to find special needs dogs homes, typically in a foster family due to their short expected lifespan.

“The dogs know when their families don’t want them.”

“Some of them don’t live longer than a year,” Schutzman said. “Oftentimes their families relinquish them with us because they aren’t able to pay the medical bills. Many of these relinquishments aren’t because the families don’t want their dogs, but extenuating circumstances prevent them from giving their pets what they might need.”

According to the San Diego Humane Society website, 6,101 dogs were taken to shelters in 2017, however they do not include statistics stating how many of these animals were owner relinquishments. 49 of relinquished dogs were eventually given back to their owners, and 4,011 dogs were adopted in 2017.

“The dogs know when their families don’t want them,” Schutzman said. “I just took in a blind dog, and she’s walking around not knowing where she is because it’s an unfamiliar place, but she knows her family didn’t want her. They aren’t stupid.”

From their website, Queens Best Stumpy Dog Rescue is a “non-profit that specializes in rescuing special needs corgis from California’s high kill shelters and those needing to be rehomed.”

Many of these clubs try to help dogs that are usually seen by others to have “problems”, and tend to partner with shelters that aim to do the same. These organizations aim to find the dogs loving homes with people that are capable of taking care of them and their special needs.

The majority of these dog groups host events once a month.

The Pug Club hosts 6 events throughout the year, including a Halloween Party, a Christmas Party, Pugs ‘N Kisses, St/ Pugtrick’s Day, an Annual Del Mar Pug Party, and Pugtoberfest. The Del Mar Pug Party is usually their largest event, with over 400+ pugs.

Lafleur brings her three dogs to each event, and the group usually has owners try and dress their dogs in costume to add to celebration. The Corgi group meets every fourth Saturday of the month, and one of their biggest annual events is Corgi Caroling in Balboa Park.

“Sometimes we meet more than once a month, but it depends on if other people want to organize an event,” Lafleur said.

“They go around Balboa Park wearing little bells, and the dogs all go crazy,” Kaitlyn Gilpio, a member of the Corgi meet-up group said of their upcoming event in Balboa Park, Corgi Caroling.

“We joined for myself and the dogs,” Gilpio said. “We’ve been here for three years, and we join the meet-up once every two to three months.”

But not all of these meet-up groups work with an animal shelter, or post their meetings on a meet-up website. The Cavalier Club of San Diego instead works with breeders, considering their dog breed to be more highbrow, and they only accept members based on recommendation and invitation.

“I paid $5,000 for Ruby,” Aryana Kaypour said of buying her St. Charles Cavalier Spaniel. “I was hoping to be able to breed her, but she’s the runt of the litter and won’t be able to have babies.”

Kaypour was unable to join the meet-up group for the Cavalier Club, because she had been unable to get a recommendation, but she continues to search for ways to join other dog groups so that she can help her puppy get assimilated to other dogs.

Each meet-up group aims to help owners and dogs make friends. Gilpio believes that the meet-up groups have helped her Corgi, Arthur, learn socialization skills with other dogs.

“Making friends of my own is just an added benefit,” Gilpio said.

“I joined both the Corgi club and the Pomeranian club for my dogs,” Chu said. “It gives the dogs a chance to socialize with others. If not then they can get really shy.”

At the meetings, the owners all stand back while their dogs play together. Corgi’s run with their small legs, pugs chase and smell each other. Both dogs and owners enjoy themselves, and it’s hard to tell who’s having more fun – the dogs running around, or the owners watching them.