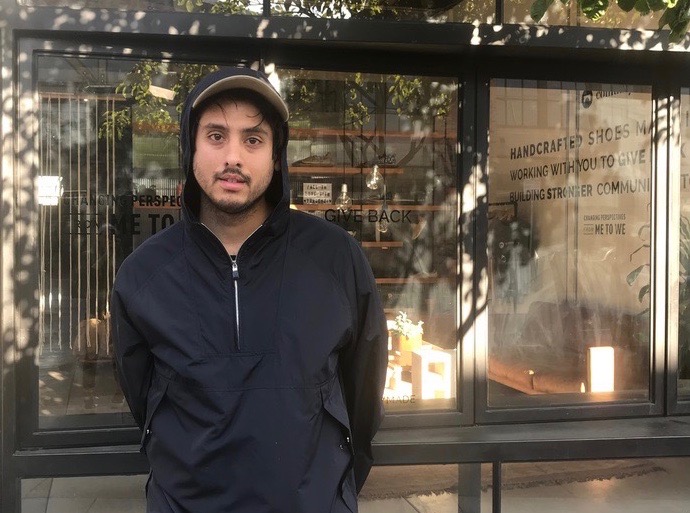 How EDM artists use social media to connect with fans

The lights at main stage dim down, and the last few seconds of the headliner’s song drift through the air as the crowd walks back towards the campground. There, a purple-painted school bus is blasting music with people dancing on a stage of its roof, and a DJ behind the decks from the open windows of the bus.

Patrick McDevitt, known in the Electronic Dance Music community by his stage name, Jaenga, bought the bus after watching a documentary about Ken Kesey and Neal Cassady and had been inspired by them and The Grateful Dead.

Unable to get on lineups, Jaenga got his start by driving his purple school bus from festival to festival. Eventually thousands of people would circle around the bus, dancing until 6 a.m.

For Jaenga, it was a crash course in a key lesson in making it in the often-competitive world of DJing: self promotion. It was a lesson that eventually led him to a new realization – that there are sometimes easier pathways to success than using a purple bus.

At first resistant to using social media to promote his music, Jaenga, getting more and more recognition for his art, began to see it as a good way to connect with his fan base.

“It’s a huge misconception, people are seeing the illusion, they’re seeing the tip of the iceberg, and they’re not realizing that the people liking that photo, the reason they have 200 million plus followers, is because they’ve been able to reach out and touch all those people in some way,” Jaenga said.

Jaenga is not alone in this realization.

Abe Laguna, popularly known as Ookay, sits with both his forearms resting on the table, the sleeves of his Louis Vuiton windbreaker pushed up to his elbows, revealing many of his tattoos, all of which he had gotten in the span of one year.

Ookay, best known for his songs “Thief”, and “Chasing Colors”, has played at massive festivals such as Coachella, Electric Daisy Carnival, and Ultra, and currently has around 355,000 followers on Instagram.

“At the beginning of my career, it was more showing the support that I’m getting from my music, and showing what I’m working on as I’m making it,” Ookay said. “A little bit of my thoughts, just to show the human side of who I am as an artist. Because people want to feel that connection, not just with the music but with the artist whose making it.”

“Because of social media, you can have content that’s very customized to a particular audience, and it’s easy to reach that audience as well,” Dr. Nee said.

Social media is popular because of the ways in which it can connect everyone with each other. For those in the music industry, social media is also a helpful way to find other artists willing to collaborate.

Yet before becoming a platform, artists would be forced to tour around and rely on word-of-mouth to gain an audience. Nowadays, a simple post on social media can go viral, and lay down the path for an entire career in music.

Fabian Geovanni Verdugo, a Long Beach-based producer and DJ who goes by the stage name Geo, smiles as he walks into Starbucks, wearing a black t-shirt and black jeans. He has recently returned from Mexico, where he stayed with a friend he met online.

“Social media has brought me closer to all these people from around the world that I thought I would never meet, and build friendships,” Geo said.

Geo currently has more than 20,000 followers on Instagram, and will be playing the Wasteland stage at EDC this May. He also joined Party Favor recently on the Layers tour, playing in Chico, San Francisco, and Los Angeles.

He feels the best way to connect with an audience is to express who he is as a human being, rather than simply posting flyers of shows, or a picture of him in front of a crowd.

“With Instagram, you give someone more than just words,” Geo said. “You can really portray who you are as a character, it’s more of an interaction.”

Austin Kennedy, Founder of Family Reunion, a San Diego based promotion company, has a similar view of social media usage to Geo. Kennedy’s goals with Family Reunion is to make posts that will lead to in-person interactions, so that his audience can feel more of a connection to the brand.

Sitting outside of one of the excessively numerous Better Buzz coffee places in San Diego, Kennedy enjoys the first day of sun in weeks by wearing a short-sleeved floral button down and shorts.

“If you make it more personal, and keep making things for yourself, that’s the key,” Kennedy said.

While social media had initially started as a platform to allow individuals to connect with each other, brands and artists alike began to realize its potential as a marketing technique.

“I think business-wise, it’s effective and helpful,” Kennedy said. “But using social media personally, you get too much into your own head.”

Social media is oftentimes considered a highlight real of a user’s life, and to someone simply scrolling through their feed it is possible they may not feel as accomplished as the people they are following.

“It’s a beautiful thing as far as propelling your business or your art, or your direction forward,” Ookay said. “But there is a certain sacrifice you need to make putting your entire life out there. It’s a dangerous game if you don’t play it correctly.”

Ookay picks gently at his nails, and looks down towards his iced-coffee, fiddling with the miniature harmonica hanging from his necklace.

“There’s times where you see so much stuff going on and you’re just like, wow, I just don’t feel accomplished,” Kennedy said. “Or you start comparing yourself to that. I think it sets unrealistic expectations.”

Jaenga, however, says he feels social media is a good kind of pressure to have, because it helps him and other artists with their music, and has the strong benefit of staying in touch with others.

“I think social media is an interesting platform because, as digital and removed from us as humans as it is, somehow we’ve found ways to tie it directly to our self-worth, and what we declare our value as,” Jaenga said. “You have to separate yourself from social media and go on when you should be on, and get off when you shouldn’t be on there. Just keep it stringent.”

With social media, many artists have found it necessary to take time to focus on themselves, rather than their posts.

Jaenga, relaxes at a friend’s house in Texas after spending the weekend playing Ubbi Dubbi, a local festival. He typically travels show to show, so for wherever he is he’ll stay there until heading off to the next venue.

During the festival, Jaenga managed the Deadbeats Instagram account in a takeover, which is the record label he’s signed to owned by EDM duo Zeds Dead.

“I think recently having been part of the takeovers, because the Deadbeats fan base is so in-tune with everything that they’re doing, when they see someone else that’s joining they’re being inquisitive as to what that person is doing, too,” Jaenga said.

Before using social media regularly, Jaenga would post long-form videos of the creation of his bus to Facebook and YouTube. But he felt that he should focus on his music, as he believes that is the only way to make things start to happen in the industry.